Which is kind of true, what about you?

I get it, the realme Buds Wireless 2 is not available at Rs 2000, they’re priced at Rs 2299 but considering the price and audio quality, this is one of the best budget Neckband Earphones you can buy but still, if you don’t want to spend more then Rs 2000 then you can take look at the second option.

It also has Active Noise Cancellation but it doesn’t work the best but it’s there, so if you want a little bit of noise cancellation then you can turn it on but that will also consume more battery too.

Realme Buds Wireless 2 comes with the 13.6mm audio drivers which work great, the bass is there and it’s not too much, so it will give you clear sound quality.

RealMe has promised 22 hours of battery life with ANC off while 18 hours with ANC ON. The Buds also support fast charging too, it will take about 50 minutes to charge from 0% to 100%.

Now, keep in mind that, you will get this kind of battery life when you keep the volume to 50% but if you go above that then the battery life will reduce too.

By the way, RealMe has also added good quality microphones, so yes, there won’t be any kind of problems while taking calls on a bike or even at home.

The buds are lightweight too, it only has 29 grams of weight which will give you comfort while listening to music or watching movies and your neck or even ear won’t hurt.

Overall, if you can add Rs 300 extra to your budget then I highly recommend you to consider the RealMe Buds Wireless 2 but if you don’t want to spend more than Rs 2000 then let’s take look at the second neckband earphone.

OnePlus has recently launched the Oneplus Bullets Z2 but this is not the best neckband earphone under Rs 2000 because it has tons of flows compared to Oneplus Bullets Wireless Z Bass Edition.

The Oneplus Bullets Wireless Z Bass Edition comes with 9.2mm audio drives and as the name suggests, it will give you the best bass. So if you’re like me who loves to listen to bass-heavy music then you will love these neckbands.

Keep in mind, if you don’t like the bass-heavy music then you can always consider the realme Buds Wireless 2 Neo.

While it also has fast charging too, it will give you about 10 hours of battery backup with only 10 minutes of charging. The neckband will last for 20 hours with full charge but if you go above 50% volume then the battery will reduce.

Also, the microphone quality is good, there won’t be any issues while talking to someone on calls.

Oneplus Bullets Wireless Z Bass Edition has 28 grams of weight which means the same, your neck or even ear won’t hurt.

One thing to note here, after the launch of the OnePlus Bullets Z2, Bullets Wireless Z Bass Edition is mostly out of the stock, so try to get these buds from a local store.

Overall, for the price of Rs 1799, the Oneplus Bullets Wireless Z Bass Edition is worth buying and you won’t be disappointed with its microphone and even the sound quality.

This is the latest offering from RealMe and its downgraded version of Realme Buds Wireless 2. The neckband earphone comes with 11.2mm audio drivers and has fast charging support.

This too comes with fast charging, 10 minutes of charging will give about 120 minutes of battery backup while with a full charge, it will last for 17 hours.

As I have said many times, if you go above 50% then don’t expect the given battery life because it will reduce.

Now, here, if you wanted lightweight neckband earphones then you will love the Realme Buds Wireless 2 Neo because it only has 25 grams of weight which is the best.

Coming to the sound quality, it will provide a balanced sound, so yes, not too heavy bass, RealMe has balanced out everything.

Overall, if you don’t want to spend all the Rs 2000 then you can consider the Realme Buds Wireless 2 Neo which is available at Rs 1499 which is the perfect price for what you’re getting.

It’s the successor of OPPO Enco M31 which means, it is not made for bass lovers.

The neckband comes with 10mm drivers which will give you a balanced sound, so don’t expect heavy bass. It’s the best option who listens to cleaner music.

OPPO has promised the 28 hours of battery life but this is calculated at 50% volume, so again, if you go above 50% then expect the battery life to be around 20 to 24 hours. The buds have 28 grams of weight.

Now, I won’t say much, this time we have a clear answer, if you like balanced music and you’re not a big fan of bass then just go with the OPPO Enco M32 otherwise, consider the Oneplus Bullets Wireless Z Bass Edition.

Still, if you have any questions or doubts then do let me know in the comment box below, I would love to help you out, see you there… Whether you have an iPhone or Android smartphone, you can get the best truly wireless earbuds under Rs 20000, there is no need to... As I have said earlier, there is no need to spend more than Rs 5000 on truly wireless earbuds until and unless you want... If you want the best TWS earbuds then there is no need to spend more than Rs 5000 because spending more than that will... 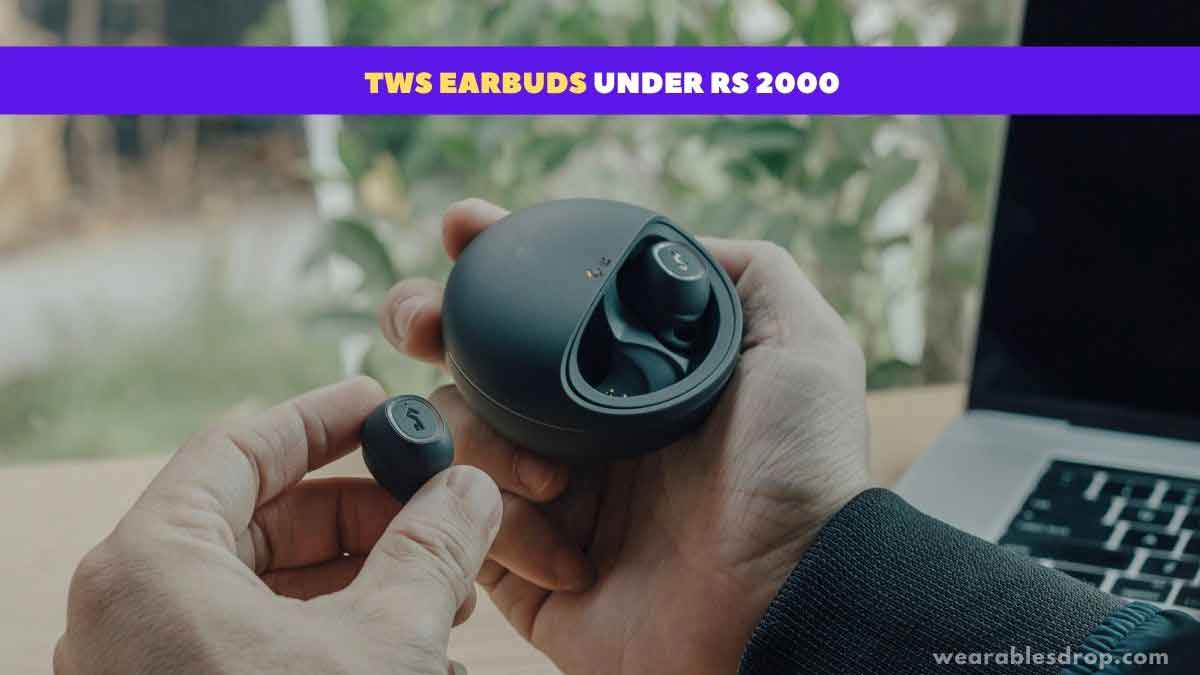 Most mobile brands are removing the 3.5mm audio jack from their smartphones and that’s the reason why the wireless earbuds market has skyrocketed in...